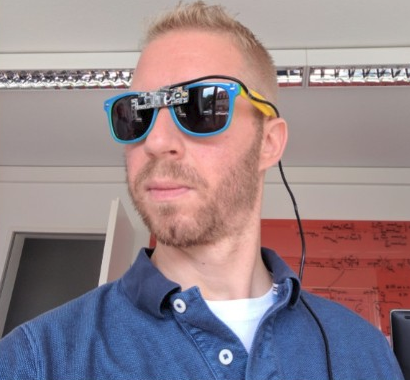 
Rene started programming many decades ago on a Commodore C64 (housed in a C128) and progressed from BASIC to assembly language - by means of studying print magazines (there was no internet!). He’s always had a knack for electronics, and later: embedded systems, too - so he ended up learning and practicing both as much as he could.

He’s designed his own CPU, entered the telecommunications industry at the peak of the GSM boom doing telco server side stuff, developed H.323 Voice-over-IP systems, progressed to the field of medical technology (surgical navigation), and eventually ended up as AI researcher, dabbling in robotics and human / machine interaction stuffs, trying to create technology that enables research projects that would be unable to do by a typical kind-of-coding researcher alone, as opposed to with the help of a systems / software / electronics engineer.

At his current position, he got his own “Tech Lab” to do just that: from creating custom-PCB, embedded “sensor syncing” devices with 3D-printed cases, to brand logo detecting sunglasses, voice assistants with artificial emotional voices, creating virtual social robots for large online experiments, together with online experiment platforms, and so on. All in the name of research. He’s not sure what’s next but convinced it’s going to be great fun!

Yes, his interests are all over the place.

When he gets time, he streams zig development on twitch and uploads every vod to youtube.